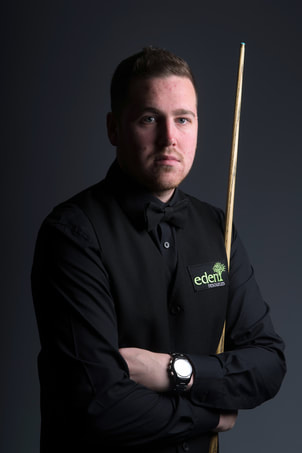 I'm Gareth Allen, an official WPBSA Snooker Coach & Ex Professional Snooker Player formerly ranked number 86 in the world. I'm 32 and I live in Ewloe which is a small village in North Wales about 8 miles from the City of Chester.

I am available for private snooker coaching worldwide whether it be on a 1-to-1 basis or as group sessions. I'm also available to work with National Snooker Teams. I cater for players of all abilities from beginners to professionals. Please contact me for more information.

About Me
I have been playing snooker since the tender age of 3 when my Grandad bought me a 4 foot by 2 foot snooker table for Christmas after showing interest in the game when it was on television. My interest and passion for the game hasn't stopped growing since that point. I always wanted to be a professional snooker player since, wanting to just be like my idol back then, Stephen Hendry. I was lucky enough to have a supportive family, a brilliant coach and a great sponsor who helped me out in order for me to progress from my early teens right up until I finished my professional playing career.

Professional Career
As a professional I was lucky enough to play the best players in the World on some of the biggest stages in the world and often on television. I have played the likes of Ronnie O'Sullivan, John Higgins, Ding Junhui, Mark Allen, Barry Hawkins, Stephen Maguire and Marco Fu to name a few. My best memory was playing Ronnie O'Sullivan in the China Open in Beijing in front of millions watching live on TV. To share a table and arena with the best player to ever play our game was an absolute honour and an experience I will treasure forever. During my time on the main tour I managed several wins including the scalps of Ken Doherty, Kurt Maflin and Robin Hull while reaching a world ranking of 86.

Amateur Career
After joining a snooker club and team at 12 years old, I have took the game very seriously. I started to play once or twice a week with my Grandad and when I realised I was rapidly improving and playing to a decent standard I started to enter adult and junior competitions and also increased my practice to whenever I could get my hand on a table.

From when I was 13 I won numerous junior competitions in North Wales and I went undefeated for a couple of years until these competitions came to an end. I turned to Men’s competitions from this point to gain experience of playing better players which would stand me in good stead for the future. I always encourage my students to do this.  I eventually got high enough up the Welsh rankings to earn my debut for Wales on my 18th birthday. Since that day I was a regular Welsh International, representing Wales in competitions all over the World. Some of my achievements while playing for Wales:

In January 2012 I gave up my employment with Flintshire County Council to concentrate on snooker. I found that whilst having a full time and then part time job, I couldn't practice and play to my full potential. Also I couldn't enter all of the tournaments that I wanted as I had to use my holidays to play in the events. I used to practice 5 or 6 days a week either solo on my table at home or with professionals around the North West area. I believe this is the hard work and dedication needed to succeed at snooker.

In the 2013 Welsh Open I beat Rory McLeod, who at the time was ranked inside the top 32 in the world, 4-2 to qualify for the TV Stages of the event where I lost 4-1 to 4 time World Champion, John Higgins. This was a huge learning curve and amazing experience for me to play in front of millions of people. It gave me a huge boost to want to do that more often.

In 2013 I raised over £1200 for Breast Cancer Care by staging a 12 hour non-stop snooker marathon. My Nan was diagnosed and treated for Breast Cancer in 2012 so I wanted to give something back for a worthwhile cause. She has done lots for my snooker over the years and without these charities she might not be with us today to watch me try to achieve my dream which is why I support them in every way I can.

Away from snooker I like to follow horse racing and football. I also have a passion for music and I regularly DJ.